How I Got Into Photography

Here is the short story long 😉

Photography has been part of my life ever since I can remember. My father was a film photographer and we always had a designated ‘dark room’ at home, even though we moved several times. But it was much later on in life when I realized how important the art of image capturing is to me.

It all pretty much started in 2012 when I built my first website, it wasn’t anything complicated, I was using the drag and drop Weebly site builder. It was an online store where I was selling my handmade leather wrap bracelets, and other handmade fashion accessories. For each item that I was selling – I needed photos, so I started taking them. My main goal back then was to show my items in a nice way so that I can sell them, I wasn’t doing much more than simple visual evaluation. I made sure that the item is in the center and nothing is chopped off, that the photos are bright enough an in focus so the details are easy to see and I wasn’t lookin for much beyond that.

With time and practice my photos were getting better, but again the process of capturing them was just something that I did without paying too much attention. I was using a point and shoot camera because they were easy to get back then and they give you quick results. I also started experimenting with changing the colors of the items, fixing up the backgrounds, removing shadows and doing other minor post processing corrections. What I was producing wasn’t great and I was rushing things… But this was the start of me repeatedly taking product photos.

Back then fashion blogging was quite popular in many countries and I was really interested in becoming a fashion blogger 🙂 Like many girls – I wanted to have photos of me looking pretty, wearing nice clothes and maybe getting a free item here and there 🙂 Plus I could also feature my already existing handmade items in my outfits and maybe try to sell them this way too.

I started taking self portraits – yes self portraits because selfies weren’t really a thing back then and also I needed full body shots showing the whole outfit. I was using the self timer on my point and shoot camera at first 😉

I was following so many fashion bloggers and I was looking at their photos for inspiration. I quickly learned that taking self portraits is far more challenging than taking photos of someone or something else and of course a lot more challenging than just posing. I didn’t know a lot about photography back then but I knew that for self portraiture I would need better equipment than what I was using.

I had two options: one was to invest in a camera and lens and the other was to hire a photographer to take the shots while I’m posing and wearing my pretty stiff.

DSLR cameras were more expensive back then and everyone was saying – only invest in a camera if you can earn back the money that you spent for. I didn’t know what I else I can do with a DSLR camera, apart from taking my self portraits which didn’t promise me a way of earning back any money, so it didn’t seem like a practical investment at the time. Also really still wanted to be the one in the frame, and the thought of buying a camera gave me mixed emotions. I didn’t see anything appealing in being the photographer that remains hidden behind the scenes.

I decided to look for a photographer and I approached several, unfortunately the ones I contacted were not a good fit, they didn’t get my creative intent and they just wanted to charge me unreasonable amount of money. So much money that if I had that amount I would have been able to afford buying a camera and nice lens.

I still remember the last conversation I had with a one photographer that I considered hiring. I told him that I need outfit photos – once a week at the beginning and if things go well maybe more frequently. I showed him the style of photography and the overall look of the photos that I would like to get. I showed him examples from Wendy’s Lookbook – a great fashion blogger that I was following back then and I found the photos of her very inspiring. I told him that this is the type of photos I want – full body portraits with blurry backgrounds plus few closeups of selected items from the outfit.

I tried to negotiate with that photographer a reasonable pricing option. I tried to tell him that I don’t want him to capture a big once in a lifetime event, I just need small, frequent photoshoots. I said that I need 5 photos for each outfit and I was asking him if he can adjust the price to suit the type of the project. I was prepared to pay his full rate but all I asked for was to split the payment and the photosoot into 4 mini sessions. What he said to me was that – first of all I could never get photos looking like the examples that I showed him because the model is different and the place is different so it will never look like that…

That annoyed me so much… Instead of focusing on the style of photography that I was showing him, he decided to tell me something that is beyond obvious… I never asked him to produce identical photographs – that would be impossible, I was just showing him the style. His replay was just so ridiculous.  Anyways, he went on saying that he cannot split the photoshoot like that because the price becomes too low and it’s not worth it for him to even bring his gear out of the house for such a small payment.

But wait, there was more… He came up with a suggestion – he said that it would be best if I just bring all my 4 outfits and just change somewhere… like in the middle of the street or something… and this way it can be done all at once. He did not offer to bring me a blanket or anything to help, he said I should figure it out ! And he totally ignored the fact that each outfit requires it’s own location.

Since hiring a photographer, or any of those photographers that I spoke with was out of the question, I started asking few friends and family members to take the photos while I was styling my outfits, posing and also picking the locations for the photoshoots. Occasionally the photos turned out ok, but… most of the times – the results were still not what I wanted… not even close.

I took some time to think about what I wanted to do next. My brief experience of just modeling for my fashion blog, without taking the actual photos made me realize that I do not enjoy modeling all that much… I actually found it quite boring after a while.

Around that time I was approached by a very nice lady who needed handmade jewelry photography and she offered to pay me for it. I only accepted the job because I felt confident in photographing jewelry since I already gained experience through photographing a lot of my own jewelry earlier for my website. I was able to sell items on my online store, so I figured – my photos must be decent enough.

For this photoshoot I borrowed manual mode camera because I still wasn’t ready to invest in my own camera… To me that would have meant giving up on being a fashion blogger. And being the fashion blogger meant being the star of the show, the famous person. Photographers are not typically famous, you may know a fashion blogger by name but very few people that are not into photography can name famous photographs. This was especially true back then and just wasn’t ready to give up on the dream of becoming famous at least slightly famous. Fashion bloggers were an early and far better version of influencers.

By the end of 2012 I decided to get more and more into photography, and focus on doing the activities that I enjoy.
I also gave up on trying to work with other people that don’t share my creative visions.

In the next two years my photographic direction changed a lot… I started taking photography courses and I was learning common photography practices and techniques – working with the exposure triangle, compositional rulers, lighting patterns, I started trying different styles, different moods and much more. I was still taking self portraits but not as much as before. I had another couple of clients which were friends but still hired me for simple photoshoots. And then I started photographing the world – I was exploring every photography genre that exists and I was working with a huge variety of subjects.

In 2014 I sort of started getting into YouTube but not really,
I was uploading random videos here and there but their quality wasn’t great.

In 2015 I bought my own DSLR 🙂
Oh it was such a happy day for me – I was finally ready to make that commitment and it felt so good to have a camera that is my own. I got Canon EOS 600D which had a lot of good reviews online for photography and even for YouTube videos.

If I count my first ever client and first ever time using a manual camera in 2012,
then I have been working as a freelancer for almost 9 years.
But I usually say 7 years because I was still learning so many things in the first two years.

In 2016 I stopped taking outfit of the day self portraits and I stopped maintaining a fashion blog all together.
From 2012 until 2016 –  I had so many versions of my fashion blog and I changed my names and my domains more than I can remember. Couple of the most recent names I used were – “Stylesteeya” and “Estee Style Blog”. And even though my fashion blog no longer exists, some of my OOTD photos are still circling the net – mainly the ones that LOOKBOOK refuses to delete because no one is managing this site properly. Here are my fashion outfit self portraits, and those were way better than anything I did 2012… 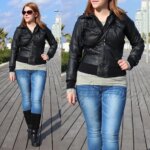 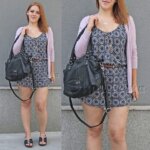 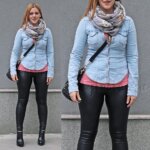 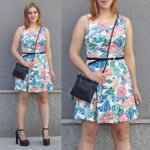 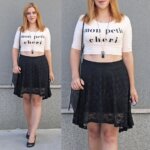 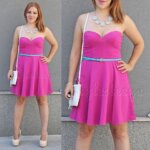 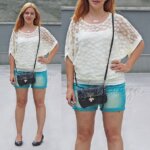 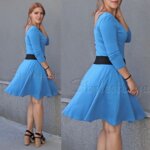 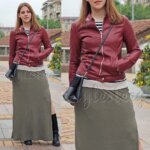 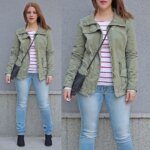 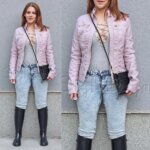 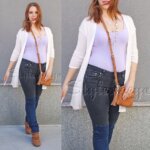 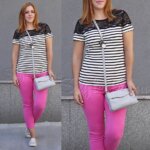 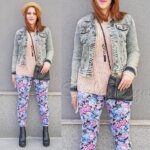 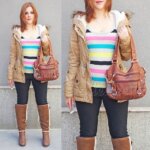 As you can see I liked showing off my remote shutter release. Yes, I was showing it deliberately, that’s why it’s visible on most of the photos, it wasn’t an accident. I wanted to be transparent about the fact that those photos were a self portraits.